Counselling models and the pretence of totality

Viktor Frankl, founder of Logotherapy, stated: There is no psychotherapy without a theory of man and a philosophy of life underlying it. Wittingly or unwittingly, psychotherapy is based on them. (Frankl 1988:15).

He objected to layered or stratified models as ways of conceptualising people: Conceiving of man in terms of bodily, mental and spiritual strata or layers means dealing with him as if his somatic, psychic, and noetic modes of being could be separated from each other. (Frankl, 1988:22)

Frankl saw the problem of developing a unified concept of what it is to be human as not so much being that of a lack of universality, but what he called the pretense of totality in relation to different models. Any one model, he argued, was simply too limiting a perspective to capture the totality of what it was to be human.

In this view, the problem of integrating apparently contradictory models could then be seen as that of looking at the same phenomenon from different perspectives. By analogy he compared the concept of dimensional ontology to that of dimensions in geometry, where the same three dimensional figure may appear to have mutually exclusive and contradictory shapes when viewed as if it were two-dimensional. He saw Logotherapy as a model which could incorporate other models by virtue of this dimensional approach. 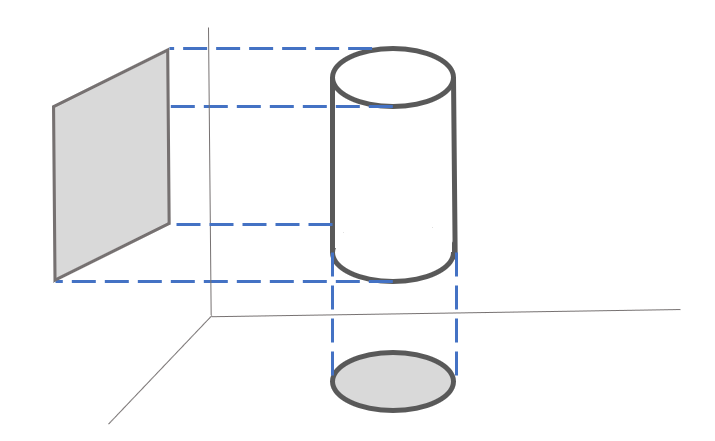 Imagine a cylinder, say, a cup. Projected out of its three dimensional space into the horizontal and vertical two-dimensional places, it yields in the first case a circle and in the second one a rectangle. These pictures contradict one another. What is even more important, the cup is a open vessel in contrast to the circle and the rectangle which are closed figures. Another contradiction! ...

Now it may be understandable why sound findings of research in the lower dimensions, however they may neglect the humanness of man, need not contradict it. This is equally as important for approaches as distinct as Watsonian behaviorism, Pavlovian reflexology, Freudian psychoanalysis and Adlerian psychology. They are not nullified by logotherapy but rather overarched by it. (Frankl, 1988:23)