Reflections: C - a case study in counselling and growth

The person in this case study, C, was the fourth of six children. A rather sickly boy, he lived his childhood in a close-knit family in which hard work and a highly conservative, almost fundamentalist Protestant Christianity were equally revered. C.s parents were, in his own words, masters of the art of subtle, loving control. 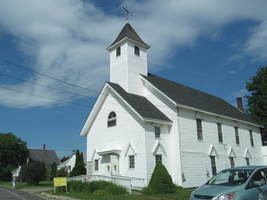 As a child he shared little of his private thoughts and feelings with them because he knew these would have been judged and found wanting. Until C. went to college he was a loner who read incessantly and who adopted his parents attitude towards the outside world, which he summed up as Other persons behave in dubious ways which we do not approve of in our family. Such dubious ways included playing cards, going to the cinema, smoking, dancing, drinking and engaging in other even more unmentionable activities.

He was socially incompetent while at school and his fantasies in this period were, by his own admission, bizarre, and would probably have been classed as schitzoid by a psychological diagnostician.

C. entered university to study agriculture, but later changed to history, feeling that this would be a better preparation for his emerging professional goal to become a minister of religion. While he was at university, he met and married a fellow student who was an artist.

After graduation, at the age of 22, he went to theological seminary, but soon moved to a teaching college where, in his formal learning, he began to understand better, and realise the important of, close relationship with others. His course and his work helped him to start to realise that in close relationships, the elements he had thought of as those that cannot be shared were those that are actually most important and rewarding to share.

During this period he had an internship at the Institute for Child Guidance, and after finishing his course at the age of twenty-six, he spent twelve years working in a community child guidance clinic in a large city, where his understanding of issues of relationship and self-awareness continued to grow and develop.

When he was thirty eight, C. gave a presentation at the University of Minnesota entitled Some Newer Concepts in Psychotherapy.

Those newer concepts were what was to become known as Person Centred Counselling.

Cs full name is Carl Ransom Rogers, one of the most famous figures in the field of counselling and psychotherapy.

{Adapted from Theory and Practice of Counselling and Therapy, Richard Nelson-Jones]

"Who then can so softly bind up the wound of another as he who has felt the same wound himself." - Thomas Jefferson

Several of the major figures in counselling and psychotherapy were not gifted with life-contexts that were congenial to emotional growth and emotional well-being, but had to work hard to claw their way back to emotional health. Whatever life-issues have beset you in earlier life, once you have worked through these, in therapy or in other ways, the experience and understanding that goes with working your way to emotional health will hold you in good stead.

If you are going to climb a mountain, then it helps to have a guide who has experienced the terrain, not one who has just read about it in books, and once you become a qualified therapist, all the ghastly, horrible experiences that you ever went through in life have the potential to become pure gold, as the personal experience that you can draw on to work sensitively with those who are troubled.